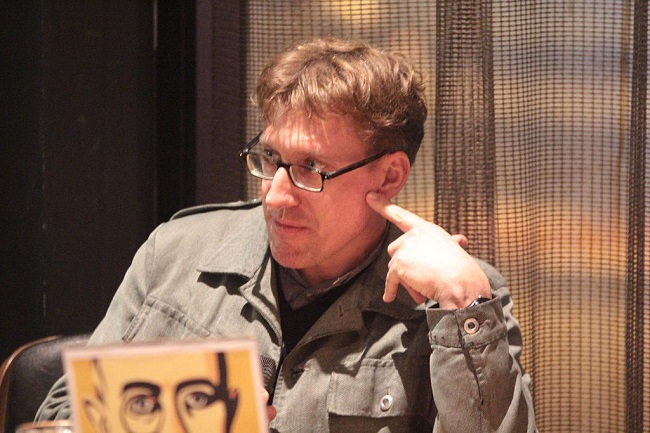 Eric Jarosinski is a writer, public speaker, and #FailedIntellectual based in New York. A former professor of modern German literature, culture and critical theory, he recently left academia to devote himself to his post as founding editor of Nein.Quarterly, the Internet’s leading compendium of utopian negotiation. On Twitter @NeinQuaterly has quickly gained a highly diverse global audience, currently numbering over 100,000 readers in more than 125 countries. Nein.Quarterly also appears in a four-line print format, with its trademark scowl gracing the opinion page of ‘Die Zeit’ in Germany and the ‘NRC Handelsblad’ in the Netherlands. His first book ‘Nein. A Manifesto.’ will be published in 2015 in the U.S., Canada, Germany, the Netherlands (Lebowski), Spain, Finland, the U.K. and Australia.

My beauty bag is not complete without… Something stupid I’ll never use, something important I’ve forgotten, and a few things not available without a prescription.

The worst thing I ever bought is… a rather useless language guide in Cairo with a title something like “Speak Arabic. By Yourself.”

The best thing I ever tasted is… Bitter defeat softened by subtle notes of Pyrrhic victory. In Philly it’s called a cheese steak. 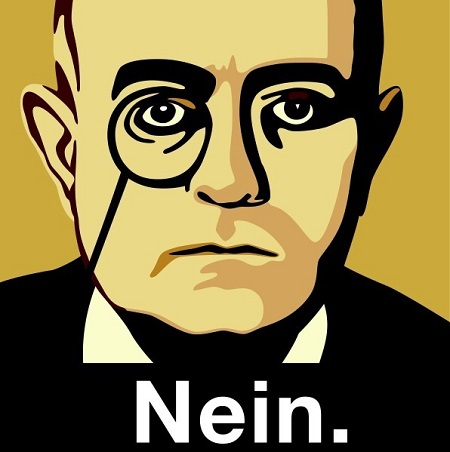 I was happiest when… I first fell in love or last got paid.

What I regret most… Not learning more languages, but maybe there’s still time.

My most irritating feature is… My affinity for Sturm and antipathy for Drang.

I always lie about… Anything I wouldn’t want my doctor to tell my lawyer, my agent to tell my publisher, or my phone to tell the Internet.

I can’t control myself when… Where, and for however fucking long as I goddamn choose.

I would dump my lover for… the mixed blessing of living the rest of my days sad, angry, and alone. Also: Slavoj Žižek.