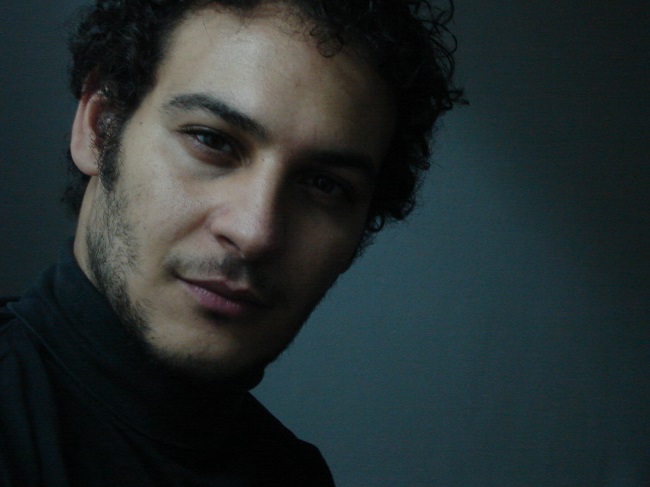 Muhammad Aladdin is considered one of Egypt’s most important writers. He writes novels, short stories, film scripts and he also has his own comic ‘Sa’adan-The Naughty Seagull’. Aladdin is known as a fierce critic of Sisi’s regime. He was also a vehement opponent of the Muslim Brothers and President Morsi, and one of the very few voices to speak up against the Morsi-coup. He remains a critical observer of Egypt’s developments.

My favourite film scene is… Hard to say! Is it the conversation scene of three men before ‘The Room’ in Tarkovesky’s The Stalker, or is it the photo montage of The Godfather, or maybe it’s the intro of All That Jazz. I think the more I think about it the more great scenes I come up with! Choosing is so hard. Can I add the scene of Death playing chess in The Seventh Seal?

One day I would like to go to… Vietnam!

My bag is not complete without… My laptop.

The worst thing I ever bought is… I have a list of them. What would be first?! Ah! It was a cheap chinese lighter, and why I pick this, because I always make this mistake.

The best thing I ever tasted is… Mangos. Strawberries are boring.

I was happiest when… My first novel was published.

What I regret most… Well, I coined this idea of ‘regret is fixed value’. I think you always regret your choices, but the real quest is about choosing the path that you will later regret the least. For example, the regret I have for being a freelancer with no fixed income or stability cannot be compared to the regret I would have felt if I had a boring 9 to 5 job. Maybe that’s why I love the novel Revolutionary Road.

I’m not superstitious, but… I try to find positive ‘signs’ in my life. It feels good and amusing at the same time.

My most annoying feature is… I think I can be lost in myself sometimes. I can be deep in thoughts away from anybody else, and that surely, can be truly irritating.

I always lie about… This question.

I can’t control myself when … I’m depressed.

I would dump my lover for… Let me tell you a story! Once we were waiting for the tram in Berlin, and while hurrying to catch it, I lost a button from my pants (it got jerked from the back). We had a great night until 4 o’clock in the morning. When we met the next day she gave me the button back. How could you dump such a woman?