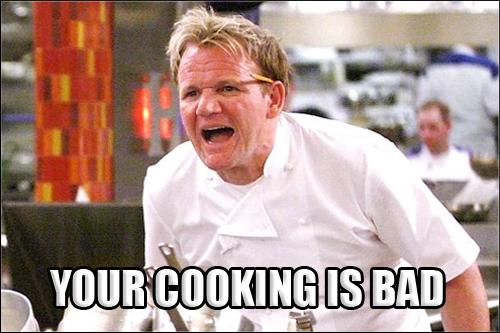 Eating out is meant to be fun. A joy. A moment of utter relaxation and culinary indulgence. But not so at Gordon Ramsay’s three star restaurant at Royal Hospital Road in London.

We had secured a table a few months ago, and I was looking forward to the meal. Previous experiences at Ramsay’s other restaurants weren’t particularly exciting, but I wanted to give it a try, mainly because of head chef Clare Smyth.

But we were not prepared for what happened. When we were on our way for our lunch appointment, I called the restaurant to inform them that we were running late because of the traffic. What surprised me is that they told me they would only hold the table for 15 minutes. I asked our driver if we would make it in time, but he couldn’t give me a guarantee.

So I called the restaurant again and asked them if they could please hold the table for us as we were on our way. But they rejected. If we didn’t arrive in fifteen minutes, they would release our table. I asked why and the most bizarre conversation followed. R is Ramsay’s restaurant and I is, well, you get the idea:

R: We are fully booked and we cannot hold your table.
I: But why, we’re on our way and we’ll be there as soon as possible.
R: If you’re not here within 15 minutes we will release the table. We have other guests later in the afternoon.
I: But we can make sure we finish lunch within one hour so we won’t trouble anyone.
R: It doesn’t work that way.
I: Why not? We can be out within an hour.
R: No, it will have an impact on the other guests.

To top it all off, he told me they would charge my credit card for 200 pounds for not showing up: ‘but we want to show up, we want to eat, we’re just asking you to keep our table’. But he was adamant: ‘if you don’t arrive in ten minutes (notice how punctual he is, we now only have ten more minutes left), we will release your table.’

And that was it. He refused to give in or try to understand that we weren’t late on purpose. He said something about being a three star restaurant. But I have eaten at many three star restaurants and never in my life have I been treated like a piece of turd for running late.

The cherry on the cake was when I told him that his attitude was fucking insane. He would no longer speak to me, he said, if I continued to use that sort of language. Isn’t that outrageously hilarious? Gordon Ramsay built his whole career on the F-word, but his guests have to remain polite when they’re treated like shit. It’s almost as if they tell you: ‘what the hell were you thinking, you can’t just eat at our place, we’re very special, that’s why we have these sticks up our arses’.

Running late is not an offence. Things happen that cause you to run late, you don’t do it on purpose. Ramsay knows all about that, but apparently he has other rules for his guests.