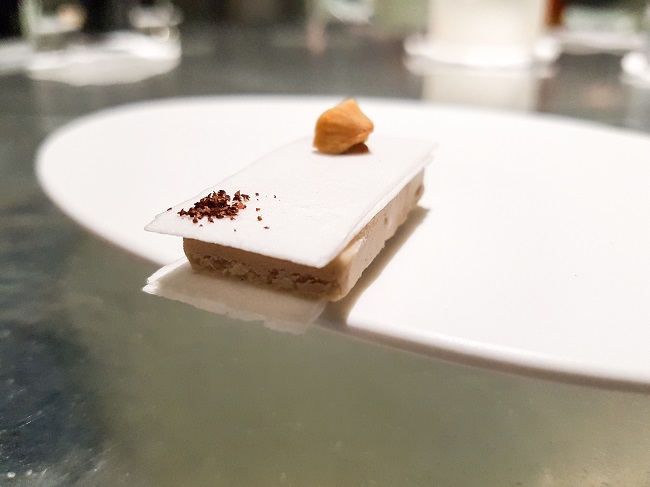 It’s been almost seven years since the legendary El Bulli closed and left the foodie world orphaned. Or for a few years at least, until Albert Adrià, with the help of his brother Ferran and the Iglesias Brothers, decided to take up a small, unassuming part of Barcelona and turn it into a delightful culinary quarter. El Barri Adrià consists of six restaurants; Tickets being perhaps the most popular and Enigma the latest addition, commonly hailed as the ‘new El Bulli’.

We met up with Albert and his lovely assistent Claudia to talk food, food and of course El Bulli.

El Bulli’s influence
“The shadow of El Bulli is still very persistent. That’s something I realize when I travel to congresses and events and then someone comes up to me with trembling hands and you realize, ‘wow, we did a huge thing’. But you know, El Bulli made sense at that place at that moment, with those people. Don’t forget, it was a completely different time. We were in the middle of nowhere and we didn’t have internet. The world has completely changed. Nowadays its harder to find new things, because back then there were maybe three people doing new things and nowadays there are thousands.” And of those thousands many trained at El Bulli, to name just a few of the great: Gaggan Anand, Grant Achatz, Joan Roca, Andoni Luis Aduriz. Just two nights before we met with Albert Adrià, we had dinner at El Celler de Can Roca, as did Aduriz of three star Mugaritz and Paco Morales of Noor restaurant. Adrià talks fondly of his colleagues.

“There is a very nice relationship, there is competition, there has to be, but we’re also friends.”

Adrià started to work in his brother Ferran’s kitchen at the very young age of fifteen.

“The very first dishes I made were ice cream, foi terrine, rilette de salmon. The cooking at El Bulli was initally very French, until we closed in 1989 and decided to start all over again. The first two years I did all stations and after two years I moved to pastry. My years in pastry changed my understanding of savoury food. Modern cuisine looks like pastry, especially the cold dishes. ” “My love for tapas inspired Tickets. It’s modelled after the bars that we would visit when I was a child. It’s partly inspired by those childhood memories and partly by 20 years of working at el Bulli, because there’s no denying the influence of my years there.”

“Tickets has a very playful atmosphere with a special dessert room, which is my favourite part. It’s a family style restaurant where large groups, picky eaters and children can feel at ease. In a restaurant chefs will rarely like large tables or kids, because it’s challenging. At Tickets, that’s all fine, we like it when there are kids; everybody can enjoy the full experience. We’re now preparing aprons for the kids, so they can prepare a dish together with the chefs and serve it up.” 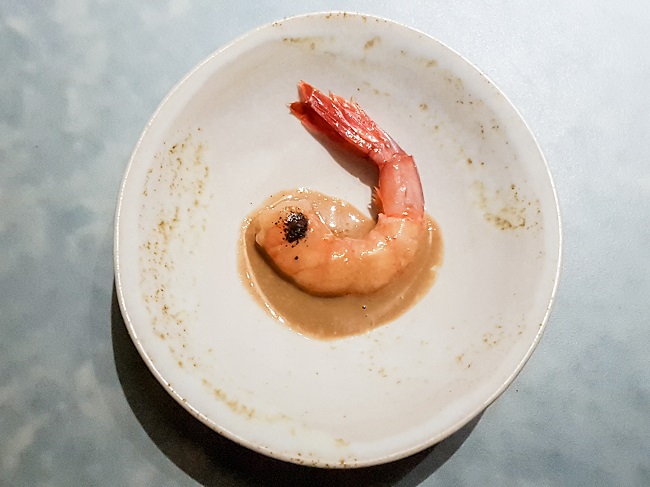 “Enigma has less references and is more about discovery. What I like about Enigma are the different cooking styles. And I hope that it doesn’t leave people indifferent, that they really think about what they just experienced.”

Curiosity
Enigma, as we wrote before, feels like a secretive members club, it’s designed like a maze of secret chambers, all looking alike and messing with your memory and sense of direction. This is an experience that you undergo and then it gets under your skin. Everything is tested and challenged: your taste buds, your senses, your sight. What you see isn’t necessarily what you taste and vice versa. Plates like abstract paintings, with a touch of realism here and there. And flavours, both new and known, dished up in completely new form. “What drives me is curiosity. The need to learn and to understand. When someone asks what a creative person needs, the answer is curiosity; asking yourself why is something like this or why is it done that way. A creative person is someone who never stops asking hymself why or how.”

“My inspiration comes from my memories and from tradition. The first scent I remember, is that of fish on the plancha at home, I was four or five years old and that scent stayed with me. When you cook the aroma is very important. When I enter a pizzeria, I can smell which kind of dough they’re using. Because the quality of the yeast, changes the aroma. When I ask my chefs to taste something, I ask them totry it with their eyes closed.”

“There are many truths in cooking, but there are three basic rules: the first is seasonality of the ingredient, because that means you’re going to have a live cuisine that changes with time. You don’t get a good pizza with bad dough, bad flower, bad tomatoes, bad cheese.”

“The second is the technique you apply to this product. You can have a great product but if you treat it the wrong way, it won’t be worthwile. The third is the combination of those two: does it work. The moment you cut something, physics and chemistry interfere, because you change the shape, the oxygen.” Innovation
“Nowadays what allows you to develop your cooking are new products, new ingredients, new technology or new techniques. Tecnhique doesn’t have to be something technological, because technique is also how you cut something with a knife. One of the chefs at Tickets has a background as a chemist, so we can ask him why certain things happen, in that way you understand the process quicker.”

“And of course, we now have a new generation of chefs and each one has his own personality and different style, but that’s the essence of cooking. And don’t forget that who innovates today, is going to be the traditional person of tomorrow. When a certain style of cooking lasts in time, that means it’s big. It goes beyond the person who does it. One chef called me a veteran. It made me feel very old.” “Memory is the biggest ingredient for me. At Tickets I can trigger people’s memories, but not at Bodega, which is a more traditional restaurant. In Hoja Santa people can discover culture through food. The world is completely open. Take for instance Peruvian, Colombian and Mexican cuisine: they are exploring themselves.”

“When I was fifteen years old I didn’t have much information. But imagine Chile, it has 4000 kilometres of coast, they have no tradition of consuming fish, but the potential is huge. What happened in Spain twenty years ago, the discovery of local products and the surge of creativity, we’ll be seeing that in Latin America.”

Dreams
“You know what I what I would like? I would love to travel through China with a backpack and discover the huge, culinary diversity and vast number of recipes rooted in history.” New El Bulli
“Back then we were young. Our ambitions are more toned down now. Cooking is a way to express myself. When you cook, you don’t lie. In the end I just want to make people happy.”