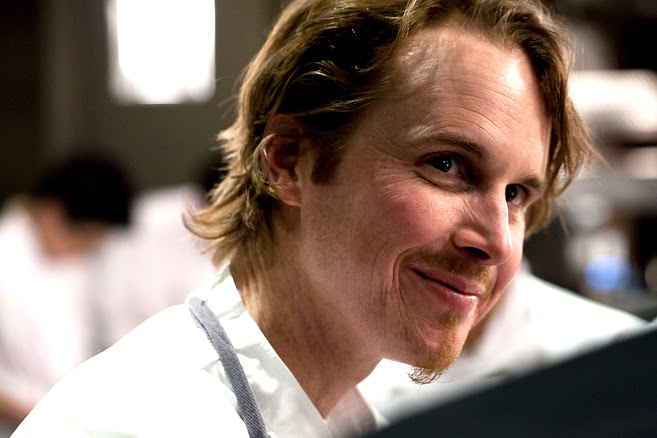 If there’s one restaurant high up on our list, it’s Grant Achatz’s Alinea. We were planning to visit the restaurant this year (along with Achatz’s Next and Roister -fried chicken sandwich!), but then the unimaginable happened: an orange-coloured pussy-grabber was elected in office and we stayed put.

To ease off some of the pain, we caught up by phone with the brilliantly creative chef who survived cancer, lost and regained his taste ánd invented the edible balloon together with his team. He trained at Thomas Keller’s The French Laundry and Ferran Adría’s legendary El Bulli before quickly conquering the Chicago, American and international culinary scene with his three-starred Alinea, Next, Roister (one star) and The Aviary. Achatz recently partnered up with the Mandarin Oriental New York to open his first Aviary cocktailbar outside of Chicago. We’re eagerly hoping for a venture in London. Let’s meet the very congenial chef who is often hailed as ‘radical’ in American media.

Radical
‘I think that came about because people don’t know how else to describe somebody who’s doing something different. Radical to me means reckless and we’re very calculated. We’re very methodical about the way we cook. We’re the opposite of radical, I would say. We tend to question everything and it’s not out of malicious intent, it’s not out of saying tradition in the past is not amazing, it’s just that often we say ‘why’. Why, why, why? Why is it like that? Why do we have to do what the people that came before us did? And in some cases when we question it, we realize that it shouldn’t change, but often we come up with a different solution.’ 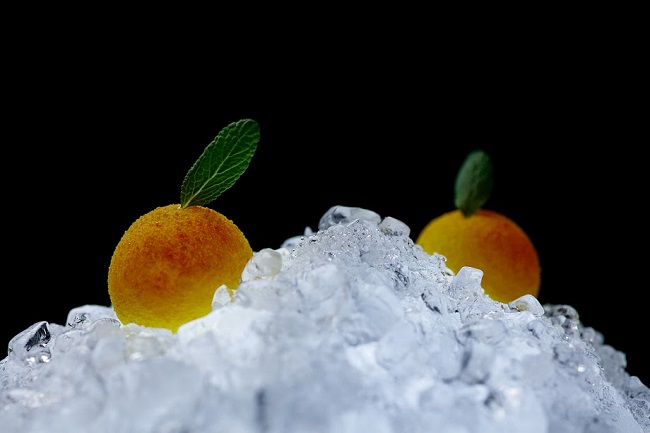 Edible balloon
‘That’s part of our creative process, identifying what is impossible and then trying to accomplish it. And I think the balloon is a perfect example of that, where for years and years we kept saying ‘wow it’s just impossible to make edible food float in the air’, but when we wrapped our heads around it and really started dissecting it, we figured it out. So, maybe nothing is impossible. Because that one was probably the most difficult and the most impossible idea that we could possibly try to accomplish.’

The idea of a chef making a savoury tapioca pudding with oysters and caviar to me was mind blowingly cool.

Favourite dish
‘Thomas Keller’s Oysters and Pearls back in 1996. First of all, I was very young, I was 21 years old, I had basically just graduated from culinary school, so my experience with fine dining and Michelin three star dining was non-existent. And the idea of a chef making a savoury tapioca pudding with oysters and caviar to me was mind blowingly cool and very inventive. It was the first time that I had eaten at The French Laundry and I was with my father, so it was a very sentimental, emotional, exciting time and when we got that dish, Thomas himself came out to the dining room, described the dish, said hello to my father, welcomed me to the restaurant and I started work the next day. So all of those factors: deliciousness, the luxury component of the caviar, the innovation of the savoury taopica pudding, being with my father, having Thomas come out and describe it himself, all of those things pushed it over the top for me.’

Inspiration
‘Inspiration can come from an ingredient, it can come from visiting another restaurant and seeing another chef’s creation, it can come from everything: music, architecture, travel. Nostalgia is a big one for us. I often think about seasoning with salt, sugar, acid, spice and umami, we do all of that but we also season with emotion. It’s a big part of our cooking: we really try to evoke a sense of nostalgia, a sense of the past for people.’ 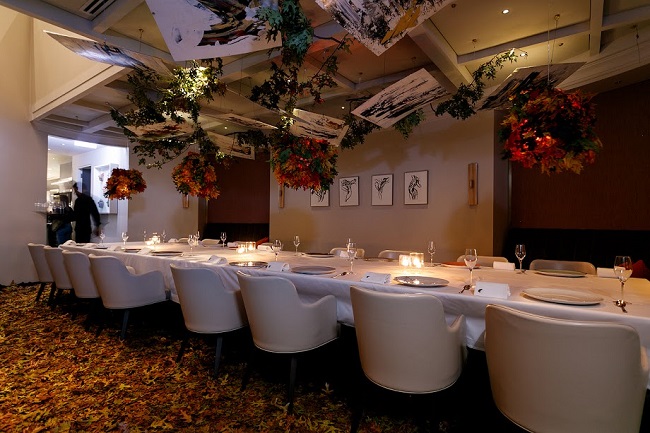 ‘The downstairs dining room of Alinea, which we call the Gallery, is our most theatrical, expressive, boundary pushing experience that Alinea offers. What we do now, is we cover the carpet with a drop cloth and then on top of that drop cloth we take bags and bags and bags of oak leaves and spread them out all over the floor. So the entire floor is covered with oak leaves. And when the guests arrive, they come in and the first thing they smell is this quintessential smell of Autumn in the Mid-West. When I was a child, I remember raising the leaves up in my yard up to the edge of the street and me and my friends would jump on them and throw the leaves at each other.’

We also season with emotion, it’s a big part of our cooking: we really try to evoke a sense of nostalgia, a sense of the past for people.

‘And there’s another thing we would do after we were done playing with the pile of leaves. Mind you, this was 1984 or 1982 when people weren’t as aware of global warming, the planet and pollution. We would light the leaves on fire and burn them to dispose of them. That smell of burning oak leaves to me is also an emotional trigger that takes me back to my childhood. And so what we do at the restaurant, when the guests come in, they smell the oak leaves and then later on in the meal we serve a course with the smoke that we capture from the burning oak leaves.’ 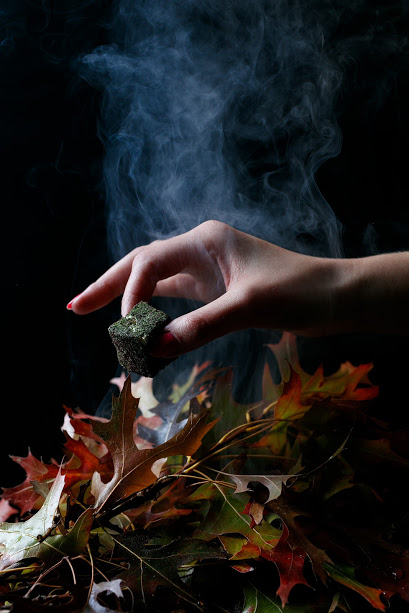 ‘A lot of food writers here in the US have described it as participatory theatre. You’re very involved and it becomes very personal and it requires the guests’ engagement to fulfil and complete the dish to its entirety, besides just consuming it.’

I want peaks and valleys and surprises and you never know what’s coming around the corner.

Music
‘When I grew up I listened to a lot of heavy metal and Rock and Roll, and I remember the very first time that I was listening to Rage against the Machine and they have these very volatile tempo shifts. So they go very quickly from a very mellow melody to very abrasive guitar riffs, vocals and drums. And when I was listening to one of the songs, I remember thinking to myself: this is refreshing because it’s not complacent. You never know what’s going to happen next. So you get into a groove, into a comfort zone with a certain chord, a certain melody or a bridge and then all of a sudden it abruptly shifts. It was inspiring to me. A little lightball went up and I thought ‘hey’.’ 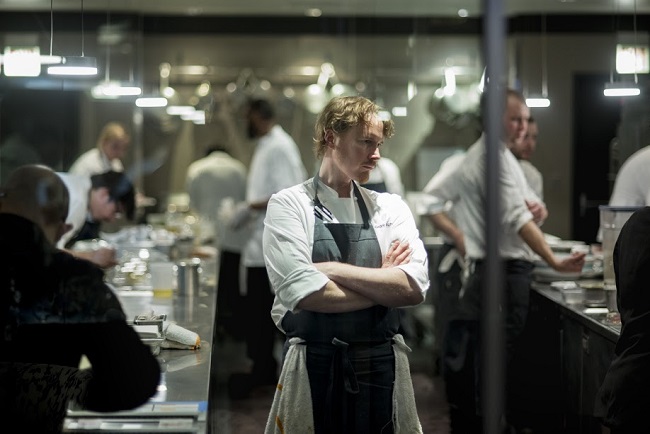 ‘Up until that point, and this goes back to 2002, I would follow what past chefs did: you always start out light by serving champagne and then you move gradually to lighter white wines, lighter food and then you go into heavier whites and you get more cream and butter and richness in your food, usually seafood, and then you start with your red wines and you have a lighter meat and a darker meat and then you go to dessert. It was always that same pattern. But there’s no rule that says it has to be like that. It’s a plateau and what I want is a range of mountains, I want peaks and valleys and surprises and you never know what’s coming around the corner. And that comes directly from listening to one of the Rage against the Machine songs.’ 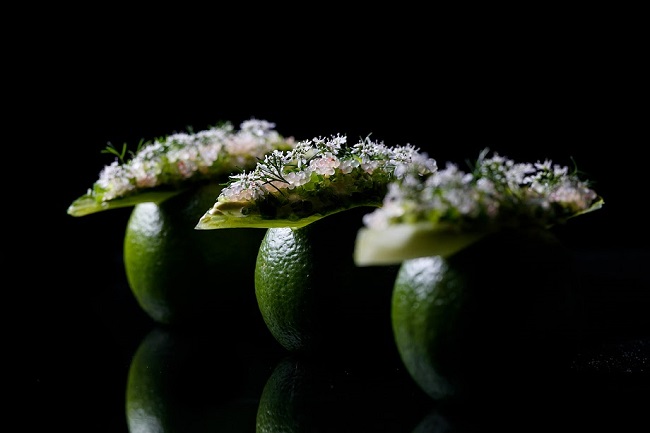 Fun over flavour
‘One of our big rules is that at the end of the day you can be as creative as anyone in the world, but you’re still a chef and you’re dealing with food and that’s a very different form of expression or art versus say painting or music. Because people have a very strong opinion and predisposed notion, because you have to eat to survive.’

‘If you go to an art gallery and you’re looking at Dali, that may be not your favourite thing and you might look at it cold shouldered and walk away. But your friend might sit there and stare at that Dali for 15 minutes because they love it and it resonates with them. But you have a choice. With eating you not always have a choice. You have to survive. People are armed with more opinion because of that, I feel. We can surprise people, we can make people laugh, we can make people intimidated with food, we can make people think of fond memories. But when they take that first bite and they don’t like the flavour, then we’ve failed. We’ve failed as cooks and as craftsmen.’ 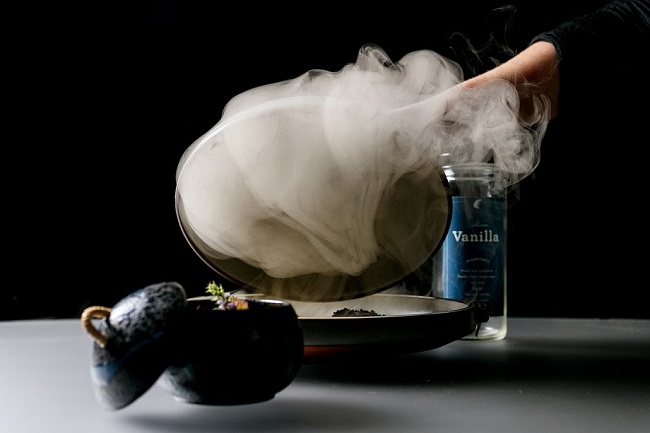 Full circle
‘I think its really important to not only come up with new food and new ways to cook it, but to try make it full circle and very purposefull. That’s why I say we’re not reckless, if we come up with a new technique, a new dish or a new composition, it only makes sense for us to pull back even further from that and say: why do have to put this new technique or new composition on a pre-existing plate or put it in a bowl? It’s very important for us to go full circle: if we’ve inventend this new dish, what is the best possible way to serve it? So that it takes it a dimension further. It accentuates it further, it drives the purpose home even more.’

‘We can create a dish and serve it on an white plate and then we can create the exact same dish and be very thoughtfull and put it on a different plate or vessel or make our own plate or vessel that makes that dish a 100% better. A lot of people don’t necessary think about the importance of that and so we’ve always tried to make that not as important as the cooking itself but nearly so. Because when you have an idea and you have a concept you gotta take it all the way, you gotta cross the finish line.’

In this series: Massimo Bottura, next up Albert Adría.